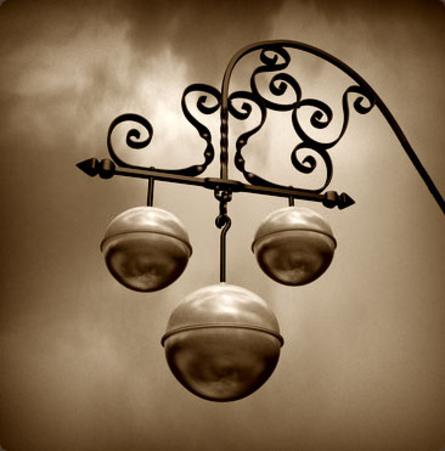 The pawnbrokers' symbol is three spheres suspended from a bar. The three sphere symbol is attributed to the Medici family of Florence, Italy, owing to its symbolic meaning of Lombard. This refers to the Italian province of Lombardy, where pawn shop banking originated under the name of Lombard banking. The three golden spheres were originally a symbol medieval Lombard merchants hung in front of their houses, and not the arms of the Medici family. It has been conjectured that the golden spheres were originally three flat yellow effigies of gold coins, laid upon a sable field, but that they were converted into spheres to better attract attention.